Visit to a lost world

I have returned from a visit to a lost world. I must tell my story swiftly, for the Guardians of the secret ways know me now. Only a fraction of our expedition notes have survived, little can I show of that mysterious land of Shangri La.

I came upon it by chance, accompanied only by my faithful hound. The way is only paces off a well worn path, but it can be approached only when waters run low and the blood sucking guardians sleep. By chance then came we fell upon the ancient steps. 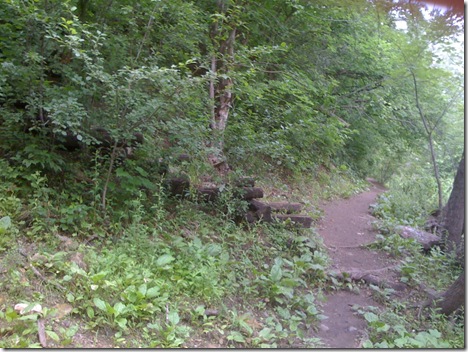 Long we climbed that broken way, thinking of the men who labored there and the blood sacrifices that sanctified their labors. 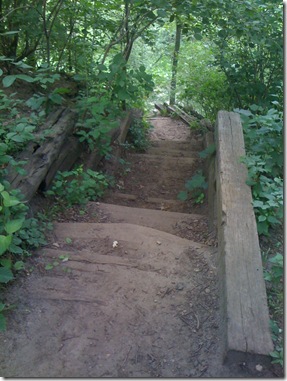 We passed by meadows whose peace belied the eldritch history of this place. Then the rustling of the winds 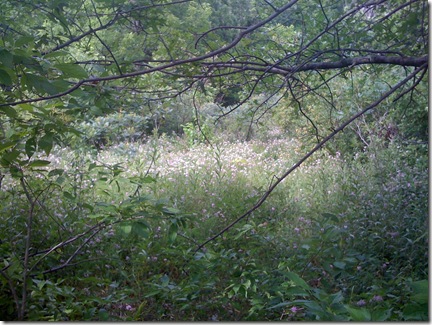 became the roaring of a great cataract. 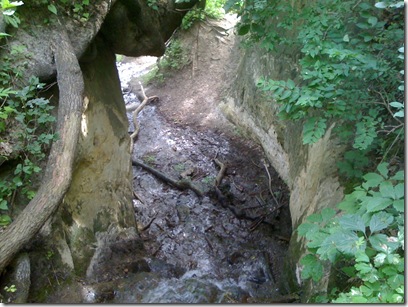 A monstrous bridge, broken by time, spans the might river above the falls. 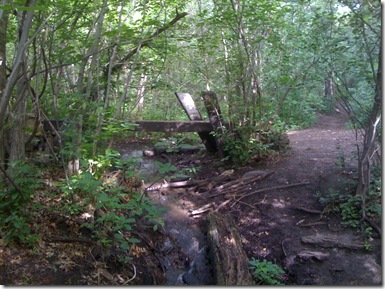 Its might beams lay shattered on the rocks below. How many eons had passed since that span stood?

At last, at the very ends of our strength, we emerged atop the vastness to uncover yet another route to the forgotten empire. So many years had I passed that way, never knowing what terrifying mysteries lay just beyond the edge of mere civilization. 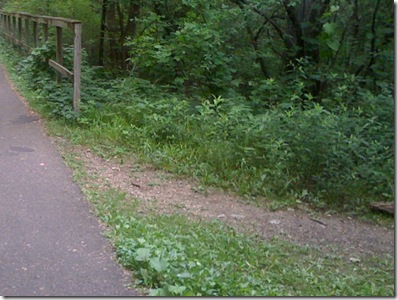 We returned to our encampment by a twisted path, and there discovered evidence of the Guardians! 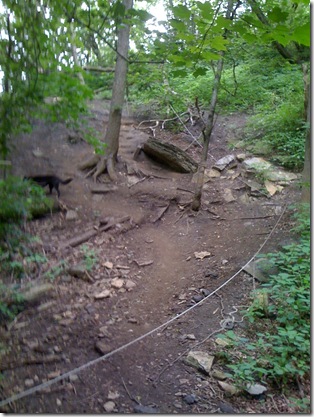 The roped cliff face could only mean others came this way! In shock, we turned to flee, but it was too late. A Guardian nodded to us as she and her slavering beast walked by. We were marked. There are those who know this way!

I write these words hurriedly, for Guardians are jealous of their ancient secrets. I send you my last words now by evening post, keep them well. Beware the Guardians of the hidden falls!!