Do I trust my memory, or do I trust Google?

I was pretty sure the Hamline pedestrian bridge over the rail yard was closed, but Google said it was open: 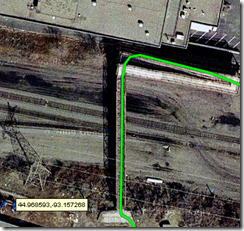 I know my memory. I went with Google. The bridge was open.

A week later I planned out a bike trip for the family. We decided to take the Shepard Road trail. It’s bright green on Google.

Alas, this segment is under construction. The shape of the new trail looks beautiful, but it’s closed for now. We had to turn around. A bit of a bummer.

I thought of several ways that local bicycling groups could submit updates to Google, and how they could work with cash strapped local government to manage these trail closures. While I composed plans in my head I also submitted a problem report to Google. It took about 30 seconds. You can do this too. Just right click on a problem area in Google maps and select “Report a problem” … 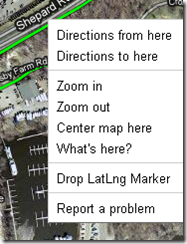 About three days later I got this note from the Google Maps team:

Hi John,
Your Google Maps problem report has been reviewed, and you were right! We'll update the map soon and email you when you can see the change.

Sometimes the postmodern world really does work quite well.