Detroit in ruins - we need salvage law for this wrecked vessel

The Observer is highlighting Detroit in ruins, a series of photographs by Yves Marchand and Romain Meffre.

Think of it as a slow motion but more devastating version of Hurricaine Katrina.

The most stunning image, for me, was the picture of the east side public library: 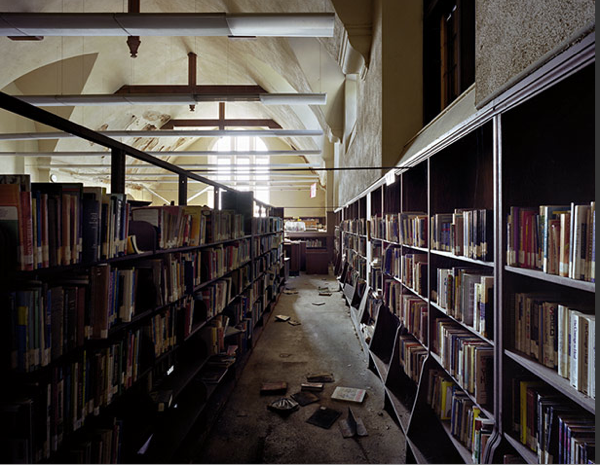 They abandoned a building full of books.

Others pictures show unsalvaged Art Deco chandeliers, classrooms with anatomic models, and piles of documents in an abandoned police station. Some of them are doubtless staged (this is art, not documentary), but did they really stage the library?

Can we organize a team of crack commandos to liberate the old books?

At this point, maybe we should treat Detroit like a wrecked ship open for salvage. Ten percent of revenue on recovered goods goes to the city, the rest to the winner.