What is Iran really afraid of?

Saddam Hussein, we are told, knew that his weapons of mass destruction were no longer effective. He might not have understood how completely historical they were, but he knew Iraq could pass a weapons inspection.

So why did he decline inspection, and give Bush the leverage he needed to launch a terrible war?

We are told he feared Iran. He was afraid that if Iran knew his WMDs were only a bluff, they'd destroy him.

Now we are told that Iran is working towards a nuclear WMD -- though it's not clear they've committed to building one.

Nuclear weapons are not usually considered useful offensive weapons. They are strategic deterrents. That's why India and Pakistan and Israel have them; they all face credible threats of significant military power.

So what is Iran so afraid of that they want a major strategic deterrent? [1] 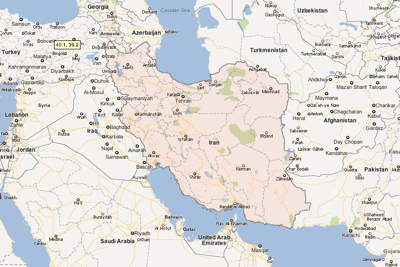 Clearly, it's not Israel they're afraid of. That's good for stirring up the electoral base, but Israel is not going to invade Iran. They may attack Iran's nuclear facilities, but that's not a reason to build nuclear weapons. Of course Israel is in a constant state of low-grade terrorist combat with Iranian proxies, but then so is Iraq, the US, Saudi Arabia and... really ... a lot of nations.

Historically Iran has feared Iraq. But Iraq is Shia now, and years from being ready to invade anyone.

Saudi Arabia - sure, but Saudi is on the verge of collapse. No invasion or military threat there. Turkey? I don't think so. And so it goes around the borders. Turkmenistan, Afghanistan ... no real threats there. Certainly nothing that would suggest a WMD strategic deterrent.

What's left? Pakistan? Well, Pakistan is Sunni dominated, and the leadership is at least as crazy as Iran's, and they have a WMD ... Still, relations are supposed to be good.

So what's Iran afraid of?

[1] Iran's leadership is unbalanced even by the standards of tyranny, and Iranians are no less crazy than Americans, but I think the reality is somewhere between Gwynne Dyer and Jeffery Goldberg. In other words, nasty, vicious, half-barking leadership, but not suicidal.

Interesting. I'd be nervous if running a country bordering on Pakistan. Any border.