When paper dies, what will happen to all the mill towns?

Between Minnesota and Montreal, across Wisconsin and the UP and along the 17, there are hundreds of communities. Most are a few thousand people.

When we drive that route, we always wonder -- how did these people come to live there? Why do they stay?

No, it's not smart-ass urban elite kind of question. We know some of the answers. Emily grew up on a mill town north of nowhere 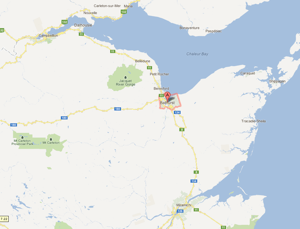 We both practiced medicine in an even smaller but less remote mill town. 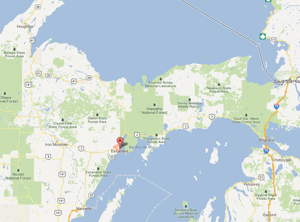 So we know how people can end up in those towns -- and we know why many stay. It's a bit surprising to many, but mill towns can be very pleasant places to live --  assuming the mill is modern and downwind (though you get used to the smell). There's work for a wide range of people there -- not just for the elite. There are usually forests, and they're not all tree farms. We liked our towns a lot.

Of course not all of the towns we pass through are mill towns. Some are agricultural centers, some are government towns, and a few are former industrial centers turning into college towns. 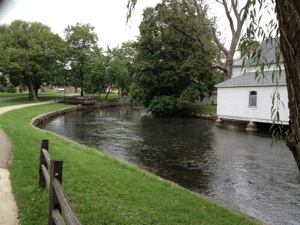 Many of those towns have their own problems, especially because the live-anywhere-work-on-the-net vision of 1995 didn't work out. Mill towns though, they have bigger problems.

Twenty-five years after it was proclaimed dead, paper is finally going away ...

Each product or business model travels through the life cycle phases of introduction, growth, maturity and decline. Paper markets, in general, are in the maturity or decline phase in North America; demand is declining, price is often the key differentiator, and industry consolidation is rampant. Over the last five years, 81 mills have closed in North America. After its paper making days are over, what will your mill become?

We know why. Newspapers and magazines are shrinking. Despite DRM-madness eBooks are growing. Currency will eventually be replaced by (zero privacy) electronic transactions. Lexmark has stopped making inkjet printers. China makes its own paper.

The end of paper, or at least it's semi-retirement, has a bright side. We burned a lot of carbon and energy moving that paper around (though the replacement is hardly energy-free). It's not all bright though. A lot of very fine towns are going to be facing some hard transitions ...