Why Apple killed the most important applications on the Mac: Aperture and iPhoto

A bong smolders in the sanctum sanctorum of 1 Infinity Loop, Cupertino California. It’s early 2013 and Apple’s most powerful billionaires are looking ahead. Billions of dollars are overflowing Apple’s bank accounts…

“Yeah. I know. It’s bad. Google is gonna stomp us. Android owns the world. Schools are gonna do Google Apps on Chromebooks. We were wrong about phablets and now the iPad is gonna die. There’s no way we can catch up with Google Docs.”

“Yeah, we’ve all seen the numbers. We get a few good years … then boom - we’re Microsoft. Damn. Gimme that …”

“Sh*t. We gotta do something. Google’s got the numbers and the Net — how can we fight that?”

“We got something. We got the hardware. We gotta take a different angle and hope Samsung slits Google’s throat — because they hate Google even more than they hate us.”

“There’s plan B. Ditch everything where we ain’t making big money. That pro-software sh*t - we make more money in a day’s iPhone sales that we make on a year of Aperture. Nobody makes money on high end stuff any more. And look at our iPhoto sales — sucking wind for years. Ditch it, ditch it all. Hell, dump the Mac. We’ll be all “internet of things”…”

“No and Plan B is suicide. We can’t fight Google there. They’ll slaughter us. We gotta go with Plan A. We gotta make stuff that works for the low end and the geeks. We have to do the whole thing and we gotta stop screwing up the software. We screwed up iTunes. iCloud - everything on iCloud. iPhoto — oh, God, we screwed that one so many ways. Podcast.app - took  two years to fix that. iBook — you ever try using that piece of sh*t?. We got money — but we don’t have time. So we get better.”

“Hah! You think we can do this? We had a great app with iPhoto, but we couldn’t add Library Management because that was an Aperture thing. Then we were five years late with a single iPhoto to Aperture library. We made iPhoto stupider, but we couldn’t make it easy to use. Sh*t we were idiots.”

“Aperture! Hah, that was joke. How many geeks every figured how to use our keyword tree? Even Brainiacs didn’t get that one. Where’d we buy that crap UI from anyway? Looks like something from NeXT.” 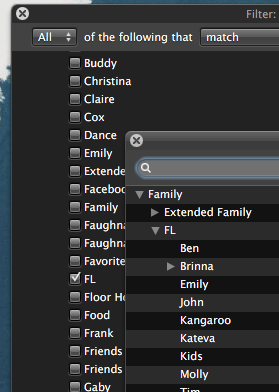 “Enough. We do Plan A. We’re gonna make a single application that works with a Phablet or an iMac, one app that scales from kids with phones to camera geeks. Elite and civilian — all of ‘em. We’re gonna burn our bridges — we’re gonna make it official. iPhoto and Aperture are dead.”

“Wow, we’re gonna have a lot of mad customers. But, hell, what are they gonna do? It’s easier to change gender than to move from Aperture to Lightroom — and Adobe ain’t gonna last much longer anyway. There’s no money in pro software, and they got nothing else.”

“So how do we do it? We should be classy. Let folks know we’ll keep the apps going until everything’s set. They’ll be bummed, but we know how to do this right.”

"We gotta make Google think we’re idiots. We’ll let it slip out through some blogger mac geeks read. We’ll give ‘em nothing. We’ll make it look like we’re pissing off our best customers. Google won’t suspect a thing. Hell, what are they gonna do? Go to Lightroom?!”

“Pass me that bong”.