What percent of white women voted for Trump - really?

I’d read that 53% of white women voted for Trump and 45% of college-educated white women. I’ve quoted those numbers. Today I looked for an update. It was a bit harder than I expected, many numbers didn’t split out the white from non-white vote. In Jan 2017 FiveThirtyEight wrote

That article cited a CNN exit poll last updated Nov 23 2016. It had what I was looking for: 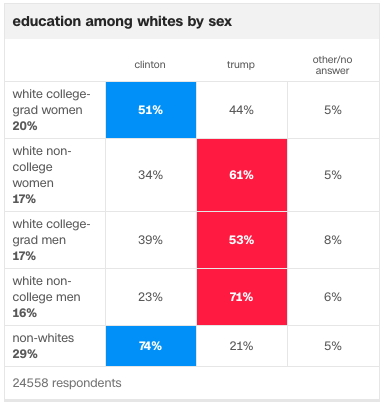 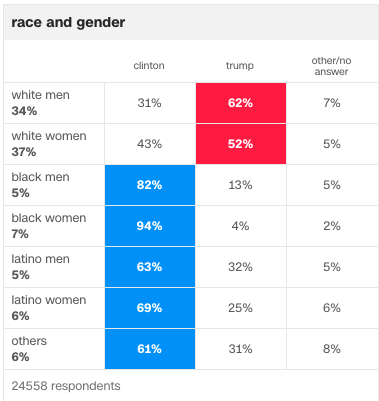 The numbers that stand out for me …

The CNN page is worth remembering - my memory was only off by 1%. My takeaway was that race mattered above all, next education (or cognitive ability), and least of all gender.