Weinstein, The Enquirer, Pecker and Trump - a curious set of friendships

… Mr. Weinstein held off press scrutiny with a mix of threats and enticements … He was so close to David J. Pecker, the chief executive of American Media Inc., which owns The Enquirer, that he was known in the tabloid industry as an untouchable “F.O.P.,” or “friend of Pecker.” That status was shared by a chosen few, including President Trump.

Via Twitter, how Trump is fighting sexual harassment in DC. 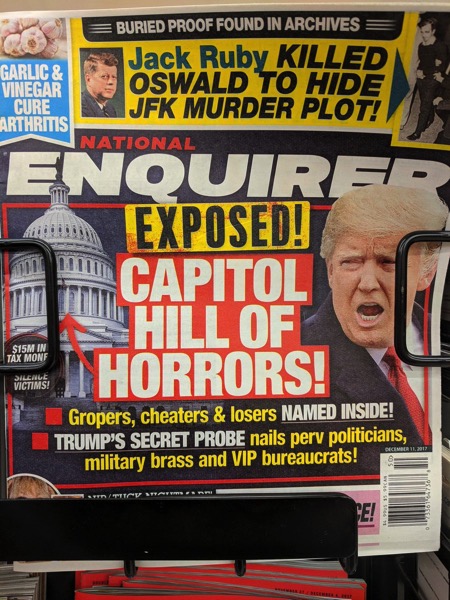