Information asymmetry and can my Cannondale Scalpel purchase be salvaged?

George Akerloff won the Economics Nobel in 2001 for a paper he wrote about why you should never buy a used car. I’ve written about Akerloff before, his 1970 paper is a gift that keeps on giving.

Akerloff would have told me I was a fool to buy a used carbon frame mountain bike, in my case a 2010 Cannondale Team Scalpel mountain bike. Alas, I did. I have no excuse, I should have known I didn’t have the time or expertise to buy into this market. I was swayed by bike fever after my beloved roof rack mounted 1992 Trek 7000 was decapitated by a height bar on an outdoor garage. I exchanged $1,500 for a lovely bike that the owner promised was fine to ride.

You know where this is going.

To be fair to my naive self, the seller is a man of some repute. He’s an assistant principal at a small town middle school, a running coach, and a competitive mountain biker who built the rural single track my son and I will be riding tomorrow. So when I asked about a possible problem, it’s not insane that I trusted his answer. I believe that he was telling the truth telling what he wanted to believe was the truth but, in reality, involved a good amount of denial. [1]

The problem is the line seen in the pictures below, where the carbon top tube meets what I think is an internal aluminum component for the seat post. On the left side the ragged line follows an elliptical curve, but it ends to the right of top tube. The picture also shows what appears to be a dimple near the seat post; I couldn’t see that with the naked eye, but it shows up well in this photo. I’ve since run my finger over that area and there is a small depression. Otherwise I can’t feel any weakness at all in this part of the bike, to percussion the frame sounds and feels as it should.

I noticed this when, in the throes of bike lust and (since lost) innocence about carbon frames, I first looked over the bike. The seller told he’d worried about it too, but had it checked by a Canonnondale tech who said it was a cosmetic defect. The kind of thing Cannondale’s tech note refer too. He’d raced with this for two years without change — and he rides a lot more aggressively than I do.

That wasn’t the reaction our local Cannondale shop had yesterday. They refused to service the bike. I understand why, because carbon frames have a (undeserved?) reputation for explosive failure with litigation fallout (update: also, the frame is cracked.) Their insurance doesn’t cover that. If it wasn’t a used bike, and if I had a purchase record [1], they could  have worked with Cannondale. Alas.

I called Matt Appleman, a local carbon frame expert, and he told me nobody but a Cannondale engineer could rule on this bike — and he wasn’t touching it. He referred me to Ruckus Composites of Portland Oregon.

I’ve emailed the seller to see if he’d be willing to work with me on a warranty claim; it would have to be pursued by him though I’d do all the work. I’m also looking for a local second opinion, I think Freewheel bikes may be willing to send photos to Cannondale (like these). I’ll followup with Ruckus Composites and see what they say.

Most of all though, I’d love to hear from folks who know more than me. Is it reasonable to ride this bike? Can it be repaired? Should I sell it to anyone who’d like the parts? All advice welcome! You can also email me: jfaughnan@gmail.com or tag me via app.net or twitter.

I’ll update this post with what I finally do. 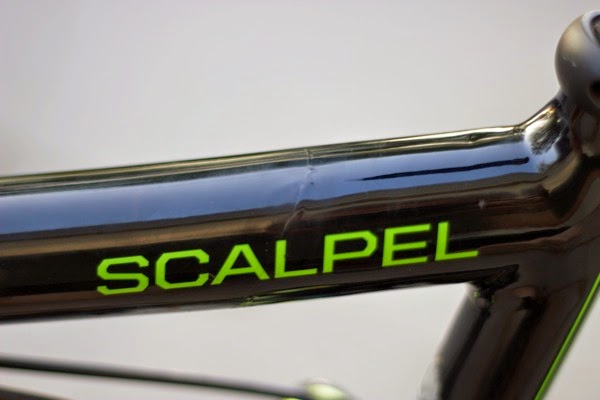 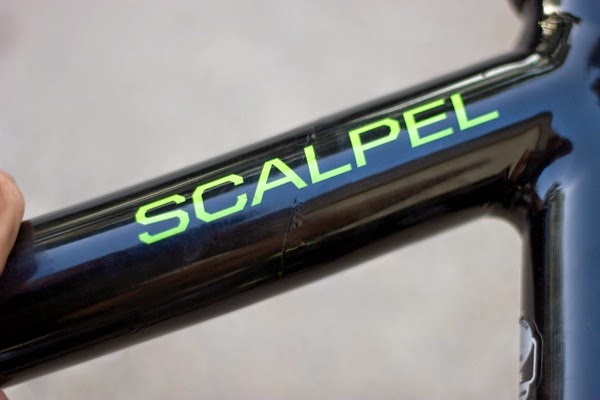 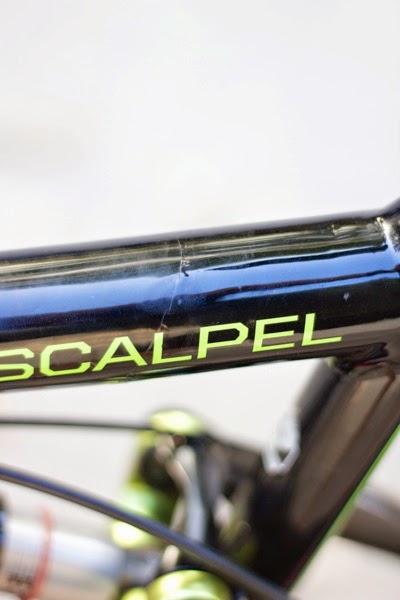 Update 9/26/2014: Emily wants to burn the bike and forget the $1,500. A regional carbon repair guy, Drew of Cyclocarbon, tells me “it’s broken” but he’s comfortable with doing the repair.

I’ve learned a bit more about the provenance of this bicycle; I think I can explain how a reasonably honest seller sold a (probably) quite dangerous frame on a (certainly) unserviceable bike.

After purchase it developed a discontinuity in the frame — perhaps less than what it has now. This was very bad news for someone who had just spent $5,000 on a bike with no frame warranty.

The new owner found a Cannondale rep who was reassuring (maybe the defect was smaller then?). So he continued to ride it, persuading himself the bike was safe. (And maybe it is, if I had office ultrasound I’d try imaging the frame. In any case, no reputable shop will work on this bike now.)

I then bought the bike for $1,500. It has some other issues, but that would have been a great price if not for the frame problem. If I knew then what I know now, I wouldn’t buy it.