Facebook Reasserts Posts Can Be Used to Advertise. So if I click "Like" on a new offering by Encyclopedia Britannica, my Facebook friends (friends of friends of friends?) will see that in their ad stream and EB will be charged a click fee.

Since my Facebook friends and family members are into sex dolls and bondage they'll be terribly offended by my boring tastes and stop sending me party invitations.

It's the same story with Google+ of course, but G+ isn't a Problem. That's because by the time G+ came out we all knew the rules of the game. My 2011 TrueName G+ account lasted about two weeks; I use G+ services today through my John Gordon and corporate/professional identities.

The Facebook Problem is that I started using it when I was young and stupid - and I still value it. It's been a good way to keep our distant family members connected, and keep connections to old friends. Facebook Pages have worked well for the kids sports teams and especially for following notifications from local non-profits, selected businesses, and government.

So... a bit of a conundrum. Were I to start using Facenbook today I'd use a 3rd synthetic identity, bringing the total [3] to four (each of these has its own Chrome Profile - which works better on Windows than OS X)

So can I do with Facebook what I did with my net identity in 2005 [1]?
Maybe -- for the moment anyway. Facebook allows one username change and a "limited number" of name changes -- though the new name is supposed to be a RealName and was designed for American marriage/divorce practices. Pseudonym use is a violation of Facebook's TOS. (Remember the 2010 Google Buzz and 2011 G+ TrueName wars? Charles Stross's rant is still a classic, he's still not on G+ [2])
I may do the Facebook name change - at least as a stopgap measure. I already have a separate locked down pseudonymous Facebook account with zero followers, I'll migrate to that account for subscribing to Page activities and managing Pages. I'll remove my image and identifying information from Facebook, and switch the phone to a GoogleVoice/Hangout number associated with one of my many non-TrueName Google identities. My oldest child has a Facebook account, but I think the younger two will go elsewhere.
I rather doubt Facebook will miss me, but I will miss the good things Facebook brought me.
- fn -

[1] My TrueName is fairly unusual, but happily there's now an actor with the same name. He's almost as handsome as I am, and his images have swamped mine. It didn't take long for Google to more or less forget about me, the dominant hit with my TrueName is my public LinkedIn profile.

[2] Charlie has a popular Twitter account and might worry about where Twitter is going, but as an professional writer he can't separate his professional and personal identities as easily as I can. I think he's always considered his Twitter identity to be both a professional and public intellectual identity.

[3] I'm simplifying. My iPhone's user-resettable advertising identifier is an effective identity, and iCloud/AppleID is a non-public identity related to a set of services not including email.

Update: As part of my migration I made a Facebook profile picture which no doubt violates TOS. 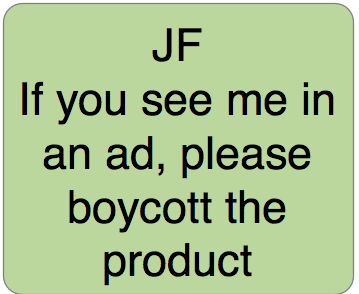 Here's the latest iteration -- my first ever use of Acorn.app (and not quite kosher because it's a section of an Apple owned desktop image, but I'm iterating...) 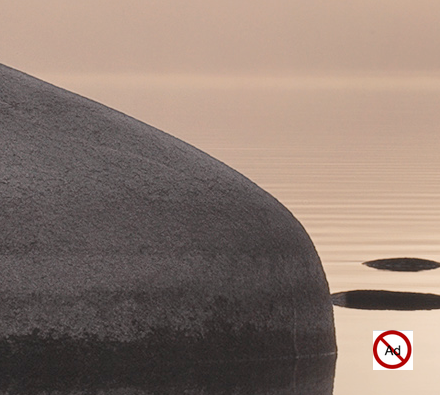